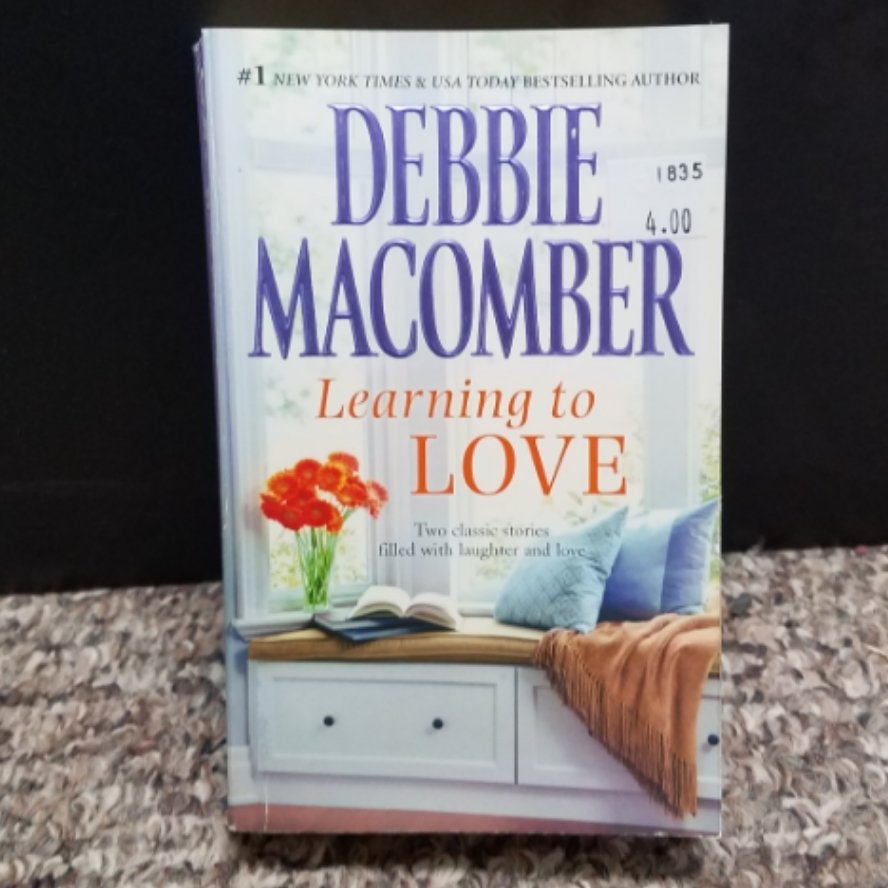 Learning to Love by Debbie Macomber

Librarian Jayne Gilbert needs a man—a man she can bring to her high school reunion. She wants to prove to her former classmates that she isn't the lonely bookworm they predicted she'd become. So, naturally, Jayne turns to a book. It's called How to Pick Up a Man. And it works, even if she attracts the attention of good-looking Riley Chambers only because she's carrying that book, not because she followed its advice!

Going back to college, hitting the books. That's Ellen Cunningham's new life. But money's a little tight and she's lucky enough to find inexpensive lodging in a house with three young college boys. Ellen plays housemother, a situation that works for everyone—except Reed Morgan, the absentee owner. He's not pleased to find his house occupied by a bunch of college kids and Ellen. Especially Ellen.