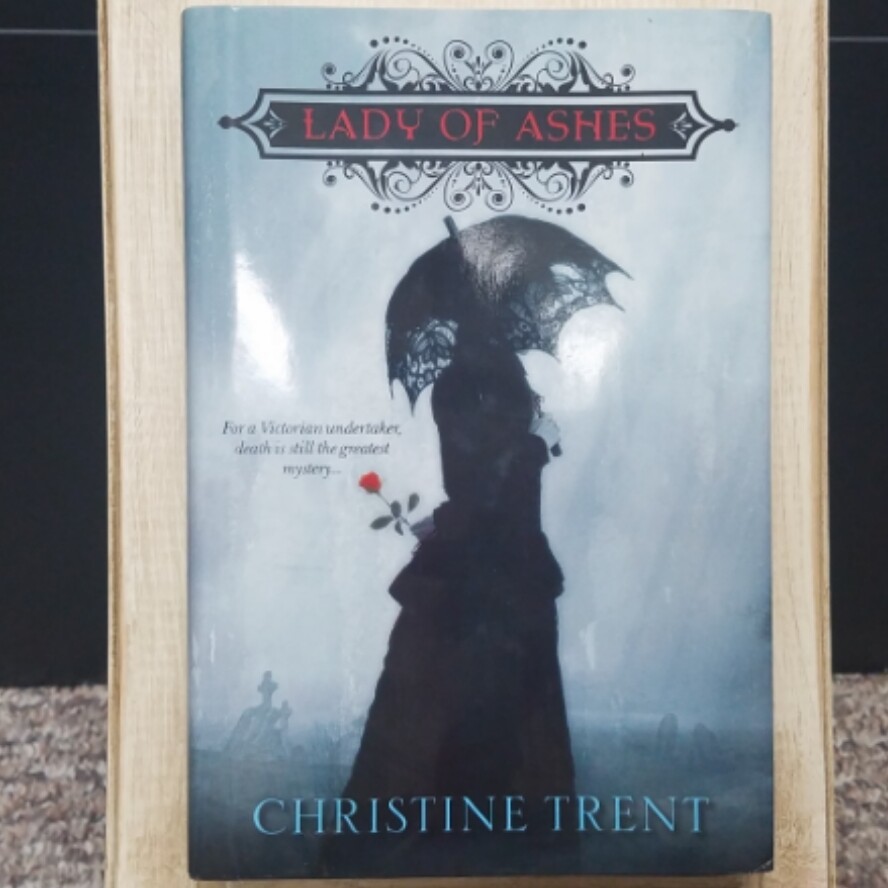 Lady of Ashes by Christine Trent

Only a woman with an iron backbone could succeed as an undertaker in Victorian London, but Violet Morgan takes great pride in her trade. While her husband, Graham, is preoccupied with elevating their station in society, Violet is cultivating a sterling reputation for Morgan Undertaking. She is empathetic, well-versed in funeral fashions, and comfortable with death's role in life--until its chilling rattle comes knocking on her own front door.

Violet's peculiar but happy life soon begins to unravel as Graham becomes obsessed with his own demons and all but abandons her as he plans a vengeful scheme. And the solace she's always found in her work evaporates like a departing soul when she suspects that some of the deceased she's dressed have been murdered. When Graham's plotting leads to his disappearance, Violet takes full control of the business and is commissioned for an undertaking of royal proportions. But she's certain there's a killer lurking in the London fog, and the next funeral may be her own.

This hardback book is in great condition and weighs 15.8 oz.