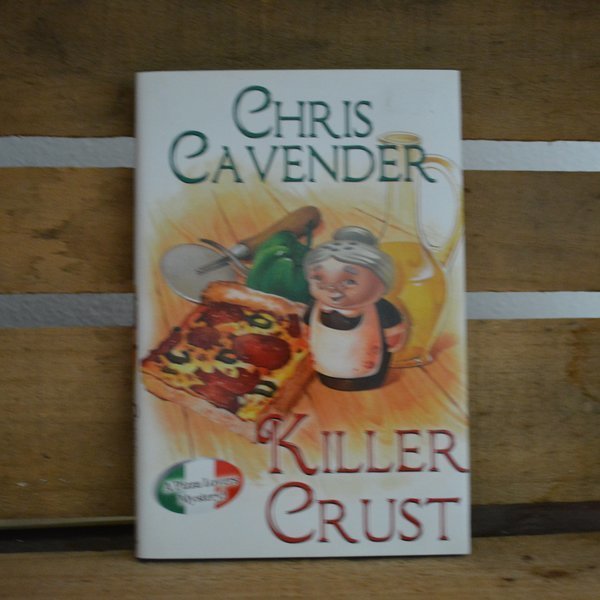 Eleanor Swift isn't amused when Laughing Luigi--the sketchy frozen pizza dough baron--walks into her Timber Ridge, North Carolina, pizzeria, A Slice of Delight. But the contract for his pizza-making contest seems made-to-order, especially with $25,000 in first-prize money up for grabs. However, when the pizza dough king fails to rise after being murdered with a slice of poisoned pizza, Eleanor and her sister Maddie are peppered with suspicion from all corners. Faster than a 30-minute delivery, they're going to have to juggle seriously surreptitious sleuthing with pressure-packed pizza-making performances.

This hardback book is in like-new condition and weighs 10.9 oz.