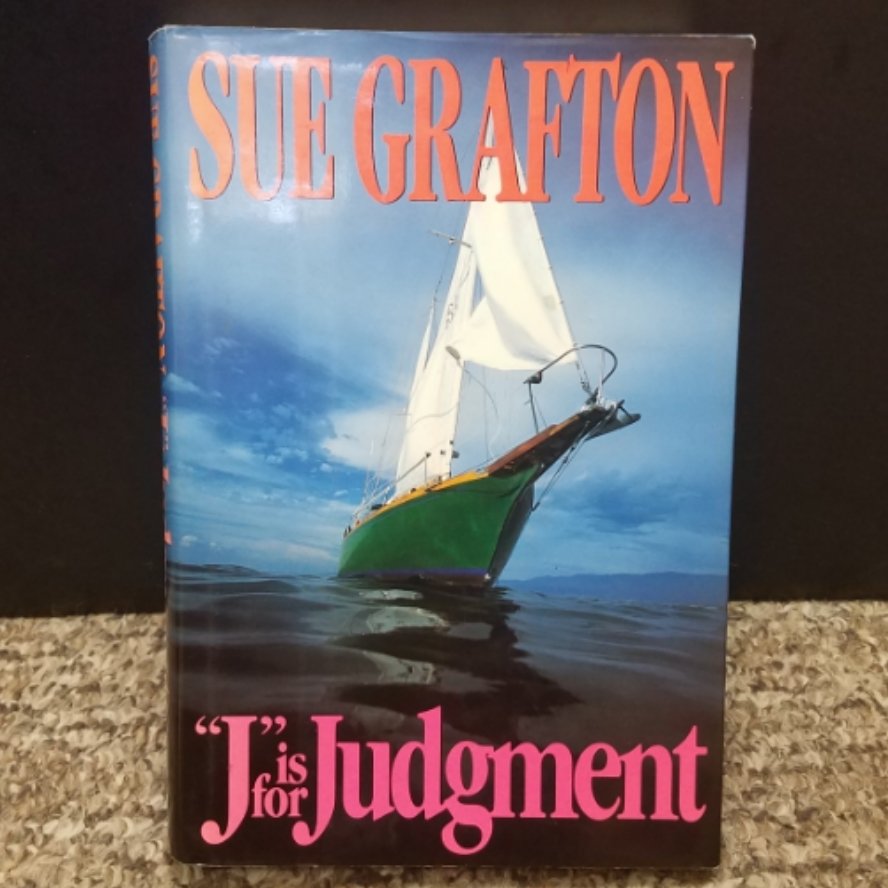 J is for Judgment by Sue Grafton

The next in the Kinsey Millhone Alphabet mystery series from bestselling author Sue Grafton.

Wendell Jaffe looks great for a dead man! He's been six feet under for five years ago―until his former insurance agent spots him at a dusty resort bar in Mexico. Now California Fidelity wants its insurance money back. Can P.I. Kinsey Millhone get on the case?

Just two months earlier, Jaffe's widow pocketed $500,000 in insurance benefits after Jaffe went overboard. Was his "pseudocide" a last-ditch effort to do right by his beloved wife? Perhaps. But how would that explain the new woman in Jaffe's second life?

Kinsey is in for the long haul as she delves deeper into the mystery surrounding Jaffe's life and death…and discovers that, in family matters as in crime, sometimes it's better to reserve judgment…

This hardback book is in great condition and weighs 1 lb and 9.1 oz.