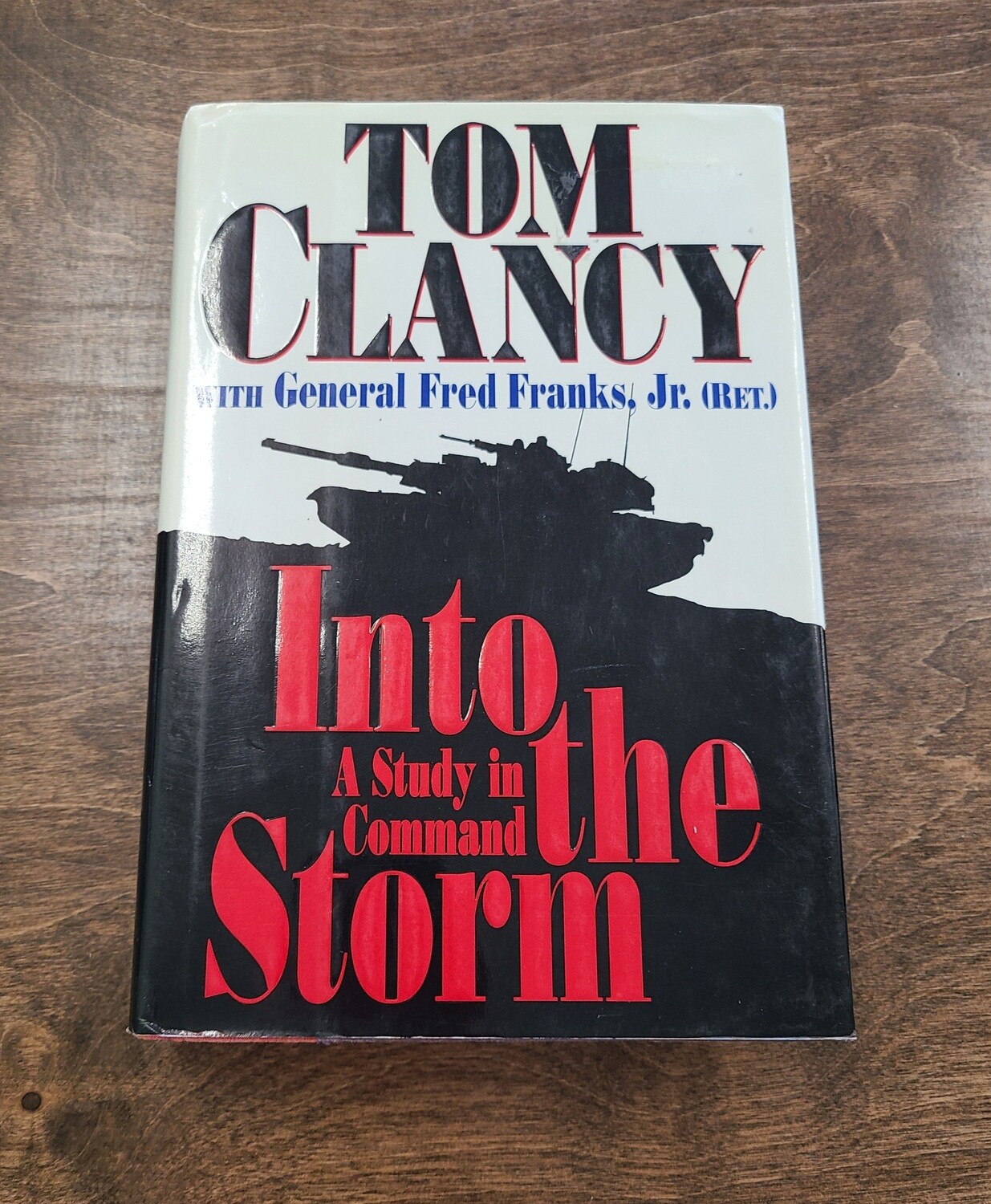 Into the Storm: A Study in Command by Tom Clancy with General Fred Franks, Jr.

Tom Clancy's latest love-letter to the military-industrial complex focuses on the Army--and Fred Franks, a general who helped smash Iraq in the Gulf War. In this first volume of a series on the intricacies of a military command, Clancy traces the organizational success story of the U.S. Army's rise from the slough of Vietnam to the heights of victory in the Persian Gulf. In 1972, the Army lacked proper discipline, training, weapons, and doctrine; all these would be overhauled in the next 15 years. For those readers keen on such nuts and bolts, the book will be fascinating. But the book truly sparkles when Franks tells his story.

A "tanker" who lost a foot in the invasion of Cambodia, he is a man of great courage, thoughtfulness, and integrity. One cannot help but wince when a civilian tells him, "You and those boys did that for nothing." And for all the acronyms and military history, that is what this book is about: healing the wounds Vietnam inflicted. "But this time [the Gulf War], it was going to end differently. They all would see to that.

"In his brilliant, bestselling novels, Tom Clancy has explored the most dramatic military and security issues of our time. Now he takes readers deep into the operational art of war with this insightful look at one of America's most important military engagements in recent years: the Gulf War. Never before has the art of maneuver warfare been explored so incisively and in such rich, provocative detail. Clancy and General Frederick M. Franks, Jr.-commander of the main force that broke the back of the Republican Guard-take us deep inside the war councils and command posts and up to the front lines. They give us a war that few people really knew-and that television never showed.