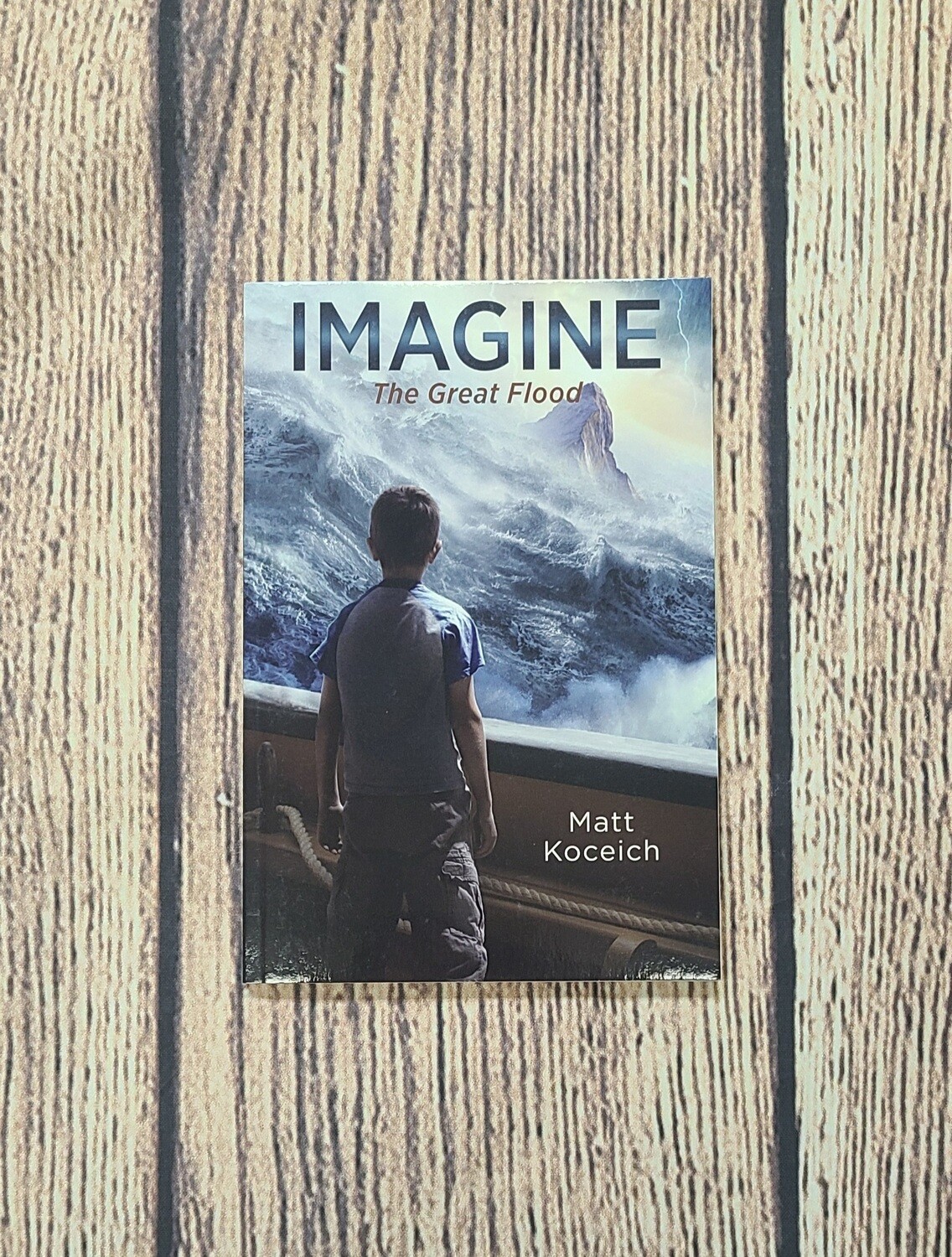 The ocean swirled around the boy and pulled him down with unrelenting power. Heavy water churned and tugged at his flailing body like unseen hands yanking him into the watery depths. The fight was finally over. Even though he’d tried to stand up to the enemy, the waves were about to swallow him whole.

The last thing ten-year-old Corey remembers (before the world as he knew it disappeared) was the searing pain in his head after falling while chasing his dog Molly into the woods. What happens next can't be explained as Corey wakes up and finds himself face-to-face with not one but two lions!

Join Corey and experience the excitement. . .the wonder. . . the adventure. . .as the epic story of Noah’s ark comes to life.

Imagine. . .The Great Flood is the first release in an exciting, brand-new epic adventure series for kids ages 8 to 12 written by schoolteacher and missionary, Matt Koceich. The Imagine series brings the Bible to life for today's kids as they ponder what it would be like to live through a monumental biblical event.

This paperback book is new and weighs 3.3 oz.