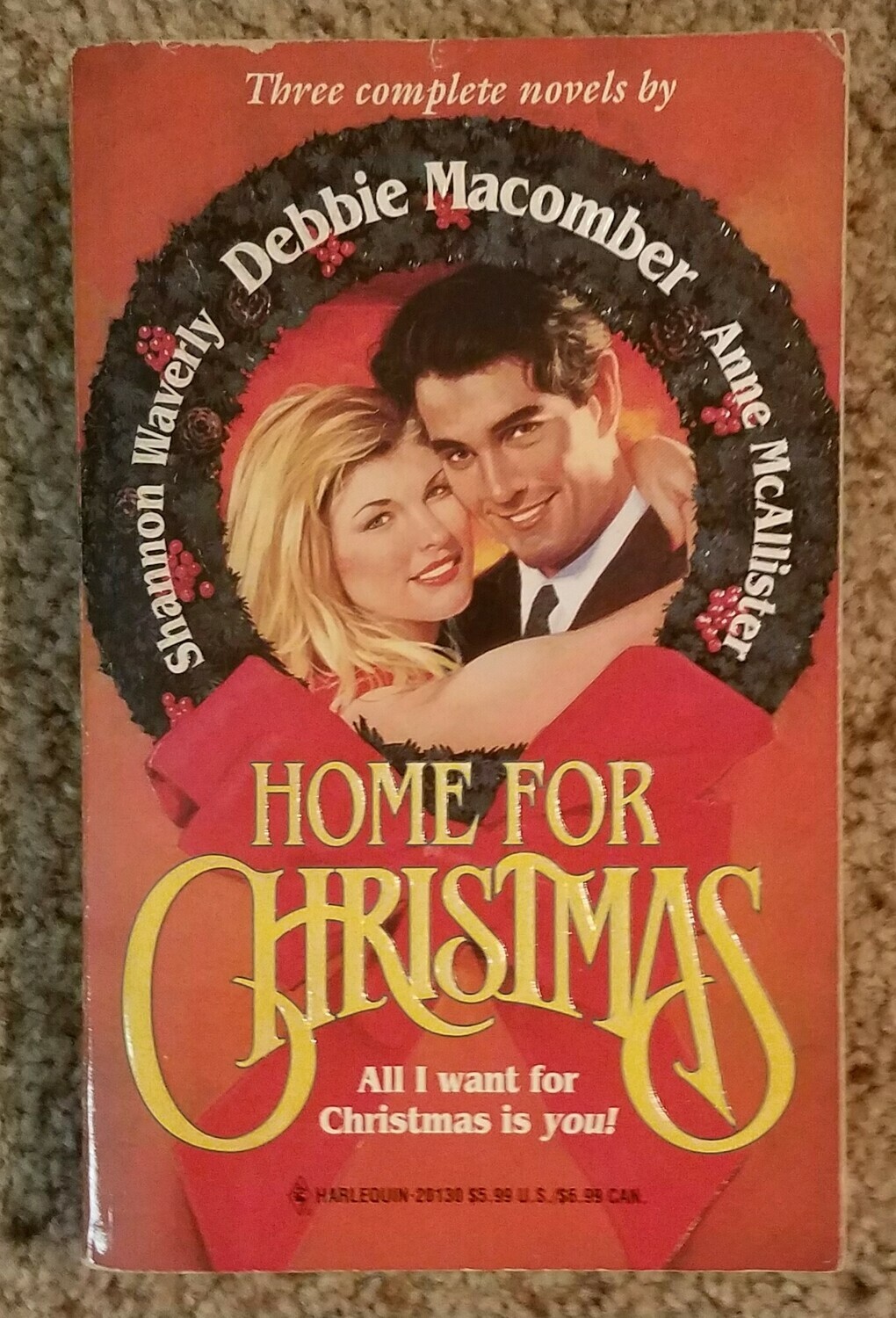 The Forgetful Bride by Debbie Macomber

Caitlin hadn't even seen him in almost twenty years. He was now a successful Seattle contractor, who happened to be renovating the office where Cait worked as a stockbroker. But one thing hadn't changed - Joe Rockwell was still a terrible tease, telling everyone he and Cait were husband and wife.

On, sure, they'd been "married" in a pretend ceremony when she was eight. She wished Joe would stop bringing that up. Couldn't he see he was embarrassing her - especially in front of her boss, Paul? She was in love with Paul.

No, Joe insisted, she was in love with HIM. And on Christmas Day, he proved it...

They'd been friends, best friends, and then they'd been lovers...But Jon had left, never looking back, and Angela had never forgiven him. Or forgotten him.

Well, he was back now, just in time for Christmas. And obviously planning to pick up where they'd left off nine years before. Handsome, mercurial - with a confidence that bordered on arrogance - Jon hadn't changed.

Angela had. She'd finally found her own niche in their sleepy New England town. Along the way, she'd also found a man who wanted to marry her. She wasn't about to give any of them up-to-go traipsing down memory lane this Christmas. She didn't need to be Jon's sidekick anymore or his friend. Or his lover...

A Cowboy for Christmas by Anne McAllister

Colorado cowboy Jess Cooper knew better than to believe in Santa Claus. And if he ever made a Christmas list, "wife and family" would never make the cut.

Still, ever since Alison Richards had returned to the Rocking R, he was finding it hard to resist her charms. Alison had changed - grown up. Worse, she was intent on settling the unfinished business between them.

Jess took one look at the reflections of home and hearth in her eyes and set off like a spooked stallion on the run.

He had to be careful. Alison had set her sights: She aimed to rope herself a cowboy and haul him in in time for Christmas.