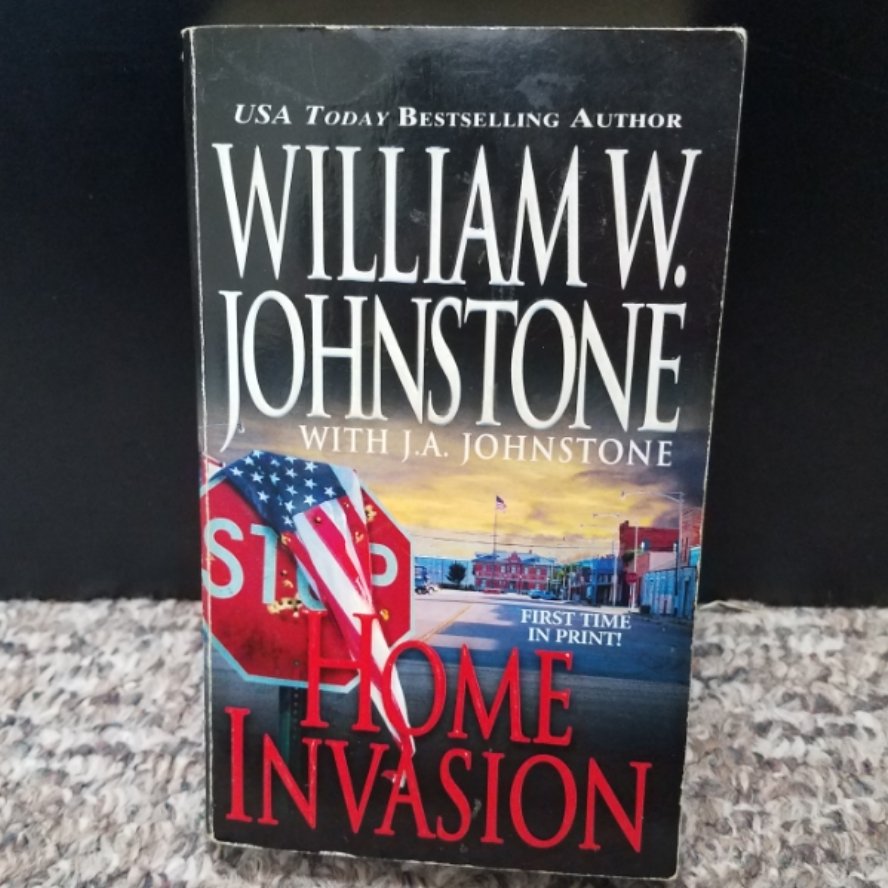 From William W. Johnstone and J.A. Johnstone, authors of Jackknife and Border War, comes Home Invasion, their most explosive and terrifyingly timely thriller yet.

They Will Invade Your Home.

Home, Texas. Two men break into the house of an elderly couple. Guns are fired. Blood is spilled. When one of the intruders sues the homeowner and wins, the good people of Home take the law into their own hands. In a stunning case of backward justice fueled by the liberal media--the left-leaning U.S. President decides to make the town a test case to strike down the Second Amendment of the U.S. Constitution: Ban all guns in Home, Texas. And to enforce it, the newly formed national police force is sent in.

They Will Take Your Weapons.

Unarmed. Defenseless. Denied their civil right to bear arms, the citizens of Home are now easy targets for America's closest enemies--the Mexican drug cartels who spill across the border every day. This time, they've set their sights on a secret military arsenal. But they need a base of operations. And there's no place like Home.

But They Won't Destroy Your Spirit.

Police Chief Wade Bonner is one of the few in town permitted to carry a gun. But Bonner knows that his friends and neighbors will never surrender their freedoms--or submit to an outside enemy, no matter how strong or ruthless. Soon they will be put to the test. Because the war is coming home. And Home is fighting back.

These paperback books are both in good condition and both weigh 7.2 oz.