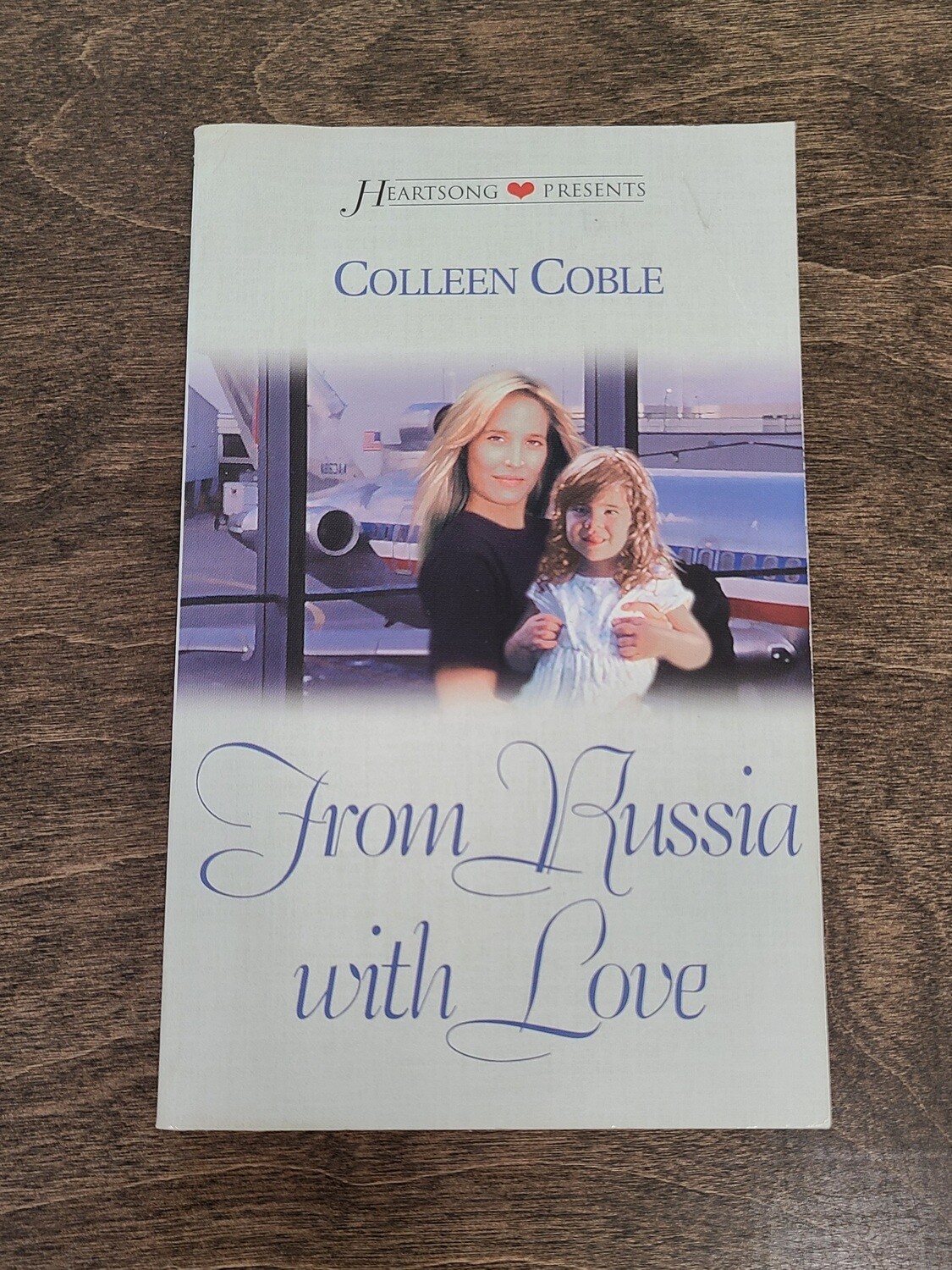 From Russia with Love by Colleen Coble

Irina's father was killed by the Russian government, and now Irina goes to bed sad and hungry. Tatiana is desperate and decides that marriage to an American man will ensure her daughter's security.

But when Tatiana arrives in the United States, she finds that the marriage she expected was only a cruel joke arranged by Gabe Salinger's immature twin brother. Gabe has no interest in marrying an unknown Russian woman. Still, Gabe is a good man, and he opens his home to Tatiana and her daughter--and Tatiana can't keep herself from falling in love with him. If only. . .

As a Christian, Gabe will not marry a woman who does not believe in Christ. Tatiana, however, cannot forgive God for the loss of her husband. But if she is to stay in America, she has to marry someone. . .