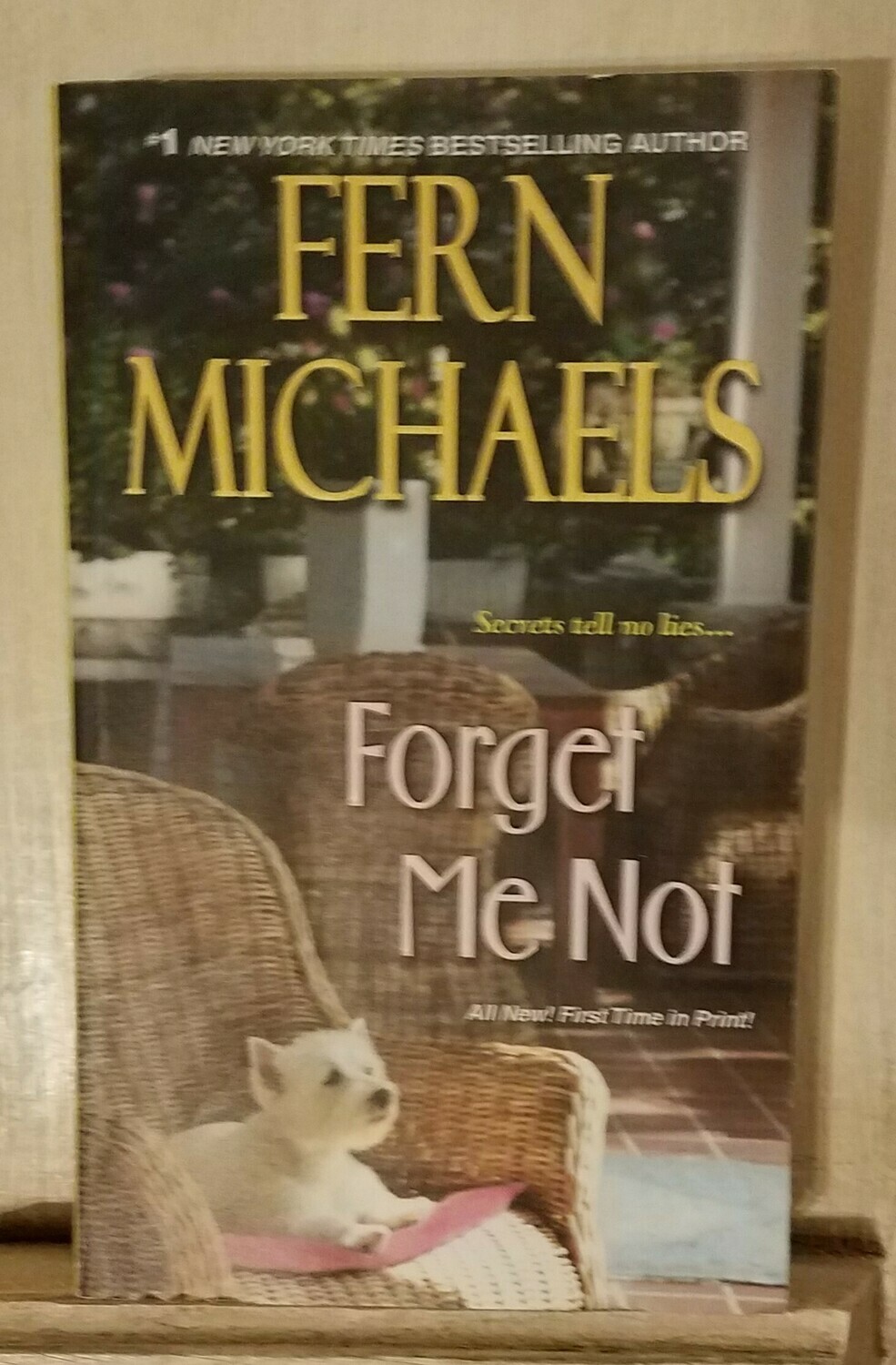 Forget Me Not by Fern Michaels

From #1 New York Times bestselling author Fern Michaels, beloved worldwide for her heartwarming novels, comes a story of family secrets, friendship, and second chances, as one woman is confronted with the shocking truth about her past.

Illustrator Lucy Brighton loves her work. Her animal characters Izzy, Bizzy, and Lizzy have their own comic strip, card line, and children’s cartoon, and their popularity has given Lucy financial stability and freedom. Yet none of that quite erases the lingering ache of a cold, lonely childhood. Sent away to boarding school at ten, Lucy spent little time with her parents afterward, and her few visits home only seemed to widen the gap between them. Even though she still lives in the New Jersey house where she grew up, Lucy has had little contact with her parents since they moved to Florida five years ago.

Then Lucy receives a call to say that her mother and father have been killed in a car crash. While settling their affairs in Florida, Lucy begins to realize how little she really knew about their lives. She has no way to explain the mysterious safe in their bedroom, with its cache of fake passports, cash, and weapons. Everything in the house is neat, scrupulously clean, almost too picture-perfect. What secrets were the Brightons keeping? Were they even who they claimed to be?

When Luke Kingston, the developer who helped build her parents’ home, calls to pay his respects, he and Lucy strike up a friendship that promises more. But before Lucy can explore a future with him she knows she must uncover the truth—even if it changes everything she once believed about her parents, and about herself.