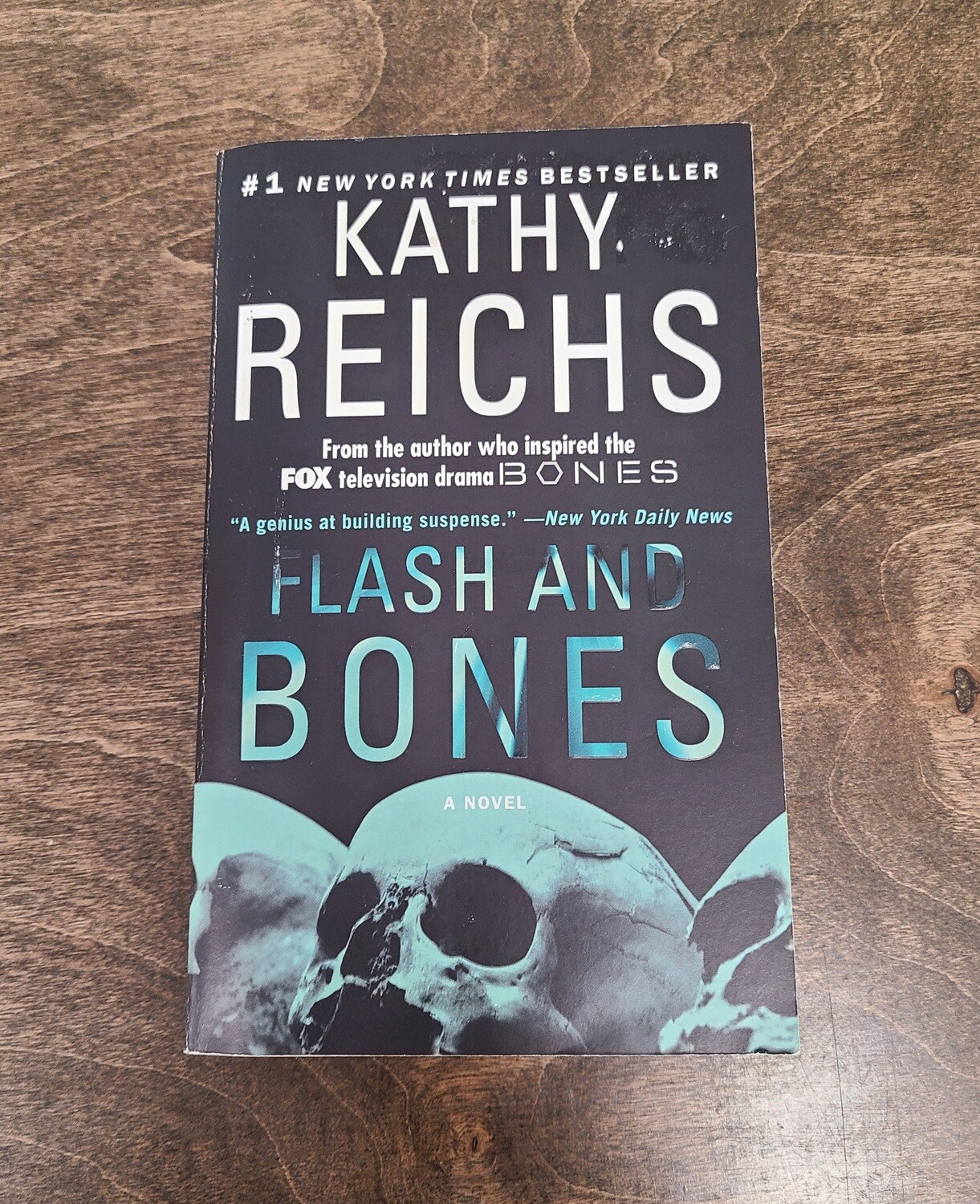 Flash and Bones by Kathy Reichs

She lived for speed—and vanished without a trace. . . .

As 200,000 fans pour into town for Race Week, a body is found in a metal drum near Charlotte Motor Speedway—a discovery that has NASCAR crewman Wayne Gamble urgently seeking out Tempe at the Mecklenburg County ME’s office: twelve years ago, his sister, Cindi, then a high school senior and aspiring professional race car driver, disappeared along with her boyfriend, Cale Lovette, who was linked to a group of right-wing extremists. The FBI joined the investigation, but it was soon terminated. Is the body Cindi’s? Or Cale’s? Tests reveal that a toxic substance was in the drum with the body—just as another disappearance occurs. Who is orchestrating the mayhem behind the scenes at NASCAR—and what government secrets might have been buried more than a decade ago?

This paperback book is in great condition and weighs 7.1 oz.