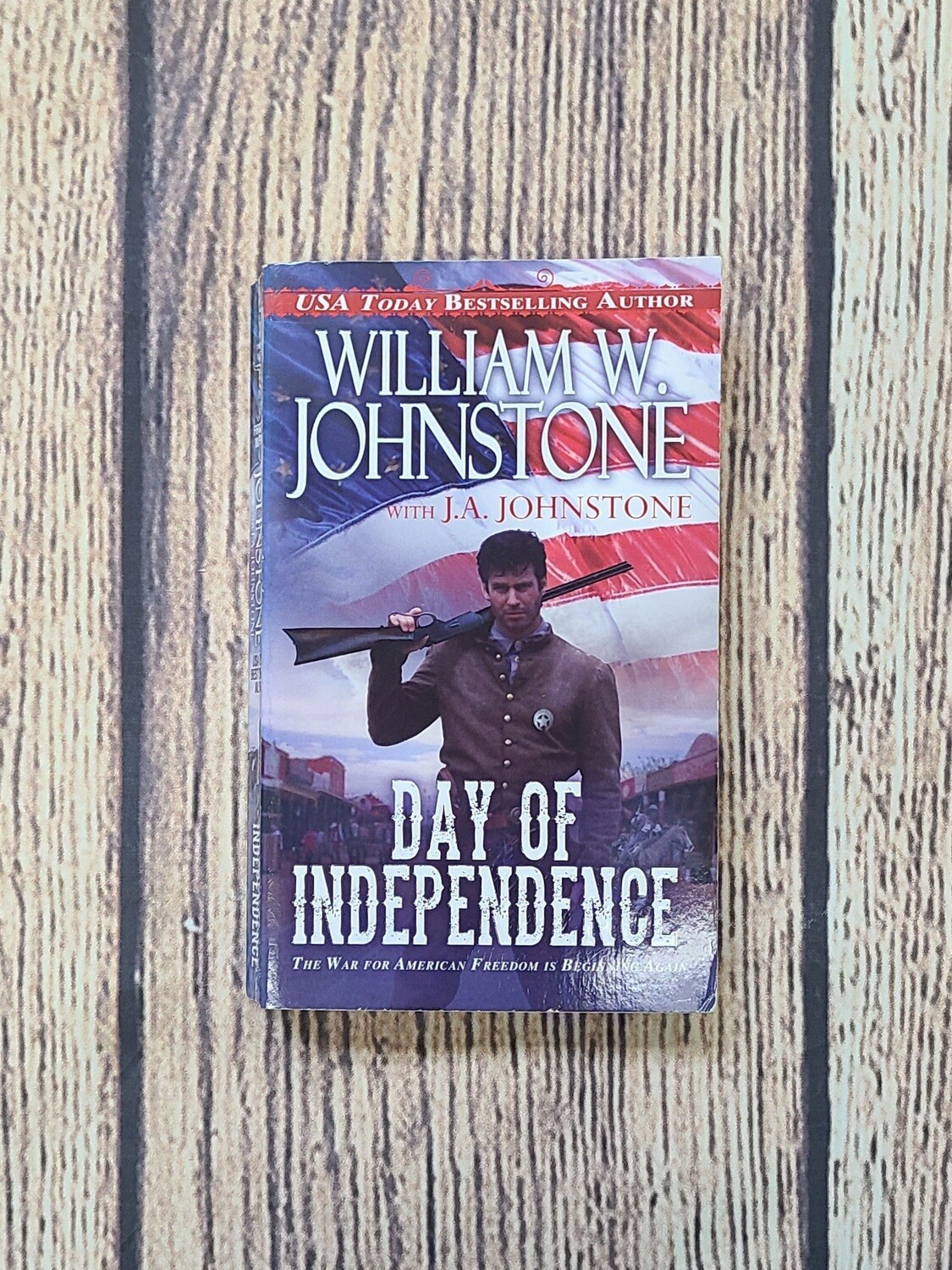 Day of Independence by William W. Johnstone with J.A. Johnstone

William Johnstone is acclaimed for his American frontier chronicles. A national bestseller, the legendary storyteller, along with J.A. Johnstone, has written a powerful new novel set in Texas--one century after the Revolutionary War. . .

One hundred years ago, American patriots picked up rifles and fought against British tyranny. That was Boston. There the enemy was King George III and his British troops. Now, In Last Chance, Texas, in the Big Bend River country, it's Abraham Hacker, a ruthless cattle baron who will slaughter anyone who tries to lay claim to the fertile land and everything on it. For Last Chance, freedom is under siege one violent act at a time. Until wounded Texas Ranger Hank Cannan arrives in town. Seeing the terrorized townfolk, Cannan is ready to start a second revolution. It's going to take a lot of guts. But one way or the other, Cannan is out to set Last Chance free--with bullets, blood, and a willingness to kill--or die--for the American right of freedom. . .