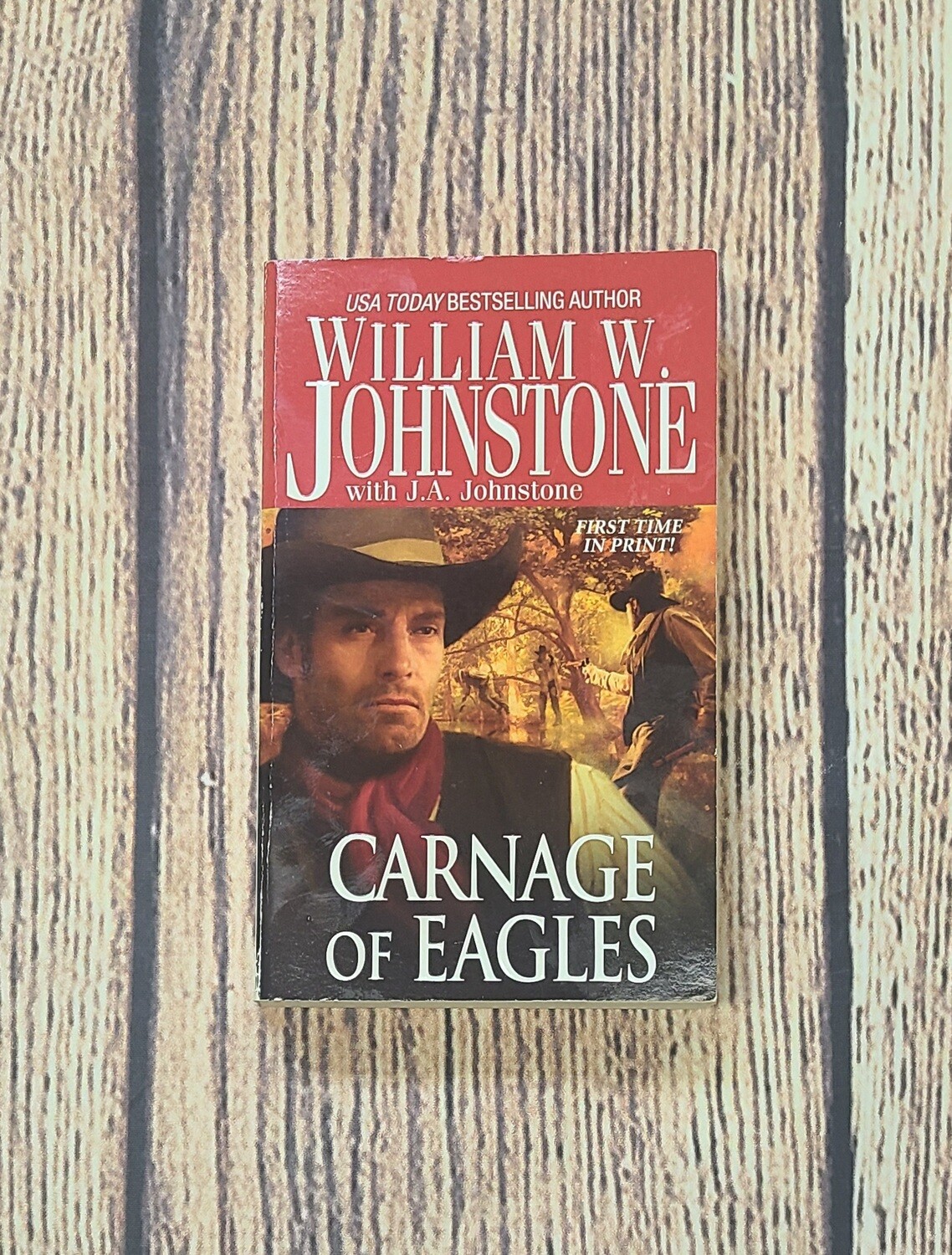 Carnage of Eagles by William W. Johnstone with J.A. Johnstone

USA Today's bestselling authors William W. Johnstone and J. A. Johnstone unleash the saga of Falcon MacCallister—wanderer, lawman, and heir to a Western family that raised him on courage, vigilance, and gunsmoke.

In Sorrento, Texas, there is only one law: the hangman’s law. Right now the condemned waits for his last meal in a cramped jail cell. But Falcon MacCallister will not go quietly to the gallows . . .

Falcon was called to Sorrento by a crusading newspaper reporter trying to expose a conspiracy of greed and corruption—with innocent men dying at the end of a court-ordered rope. As acting U.S. Marshal, Falcon quickly makes some very dangerous enemies. Then he himself is sentenced to hang. But in 24 hours he’ll be out of jail, out on the streets, and shooting lead against a small army of gunmen. Because he knows the three men who have taken over Sorrento. And he sentences them to death—the MacCallister brand.

These paperback books are in great condition.

These books both weigh 6.9 oz.