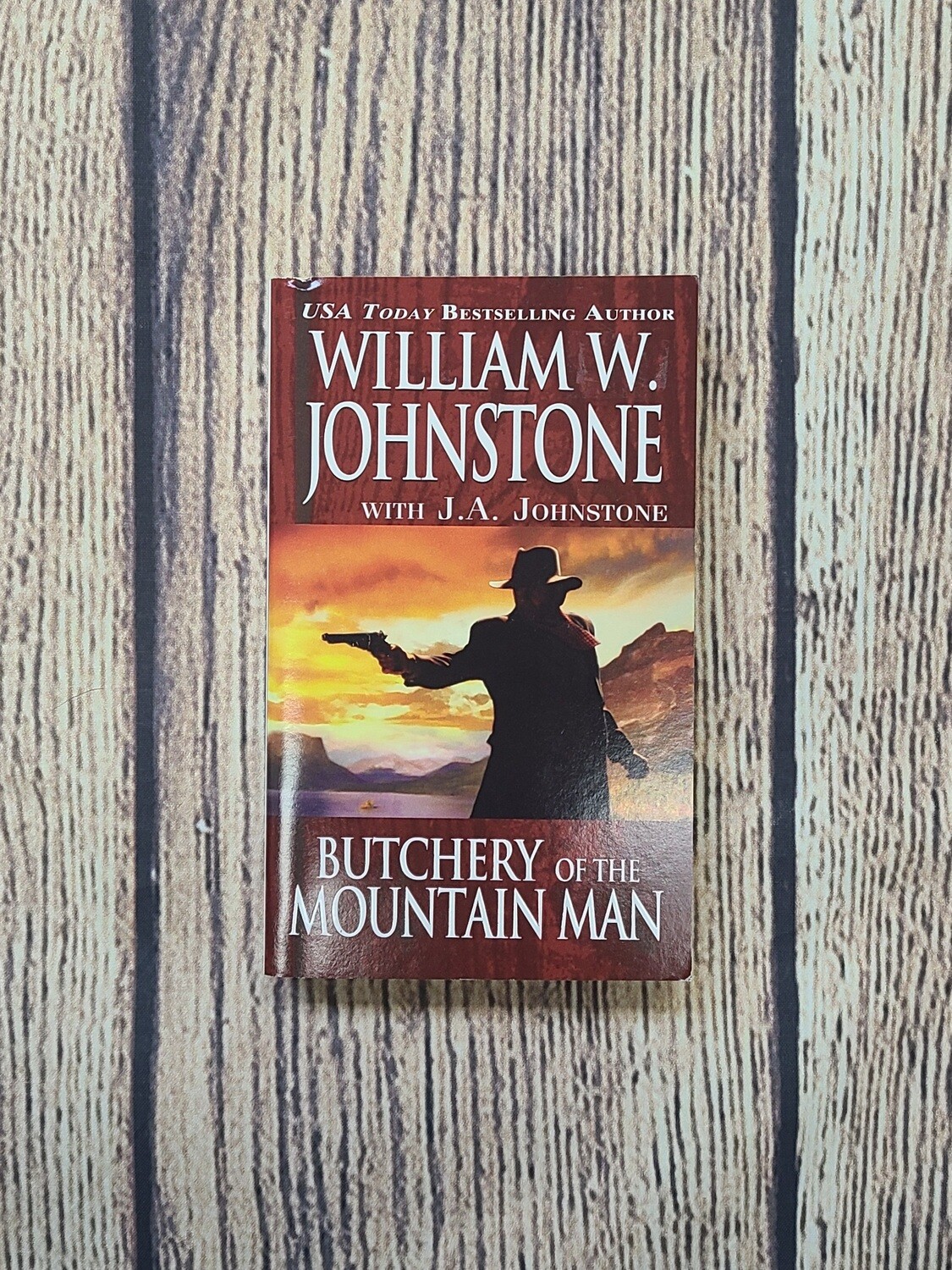 Butchery of the Mountain Man by William W. Johnstone with J.A. Johnstone

In Montana Territory, one name above all others strikes fear and hatred in the hearts of the Crow Indians--John Jackson, better known these days as Liver-Eating Jackson. Consumed by grief and rage, the mountain man has brutally killed ten braves so far in his one-man war of vengeance against the Crow, who murdered his beloved wife.

Smoke Jensen knows Jackson by another name--"friend." He's not sure to what extent Jackson's exploits are true--devastating loss and frontier savagery have certainly driven lesser men mad. While doing some trapping in the territory, Smoke hears that twenty of the Crow's most fearsome warriors have banded together to hunt down their nemesis. Without a second thought, he rushes to his old friend's aid.

But even with Smoke Jensen at his side, the fierce and fearless Liver-Eating Jackson may not be able to beat the odds this time. . .