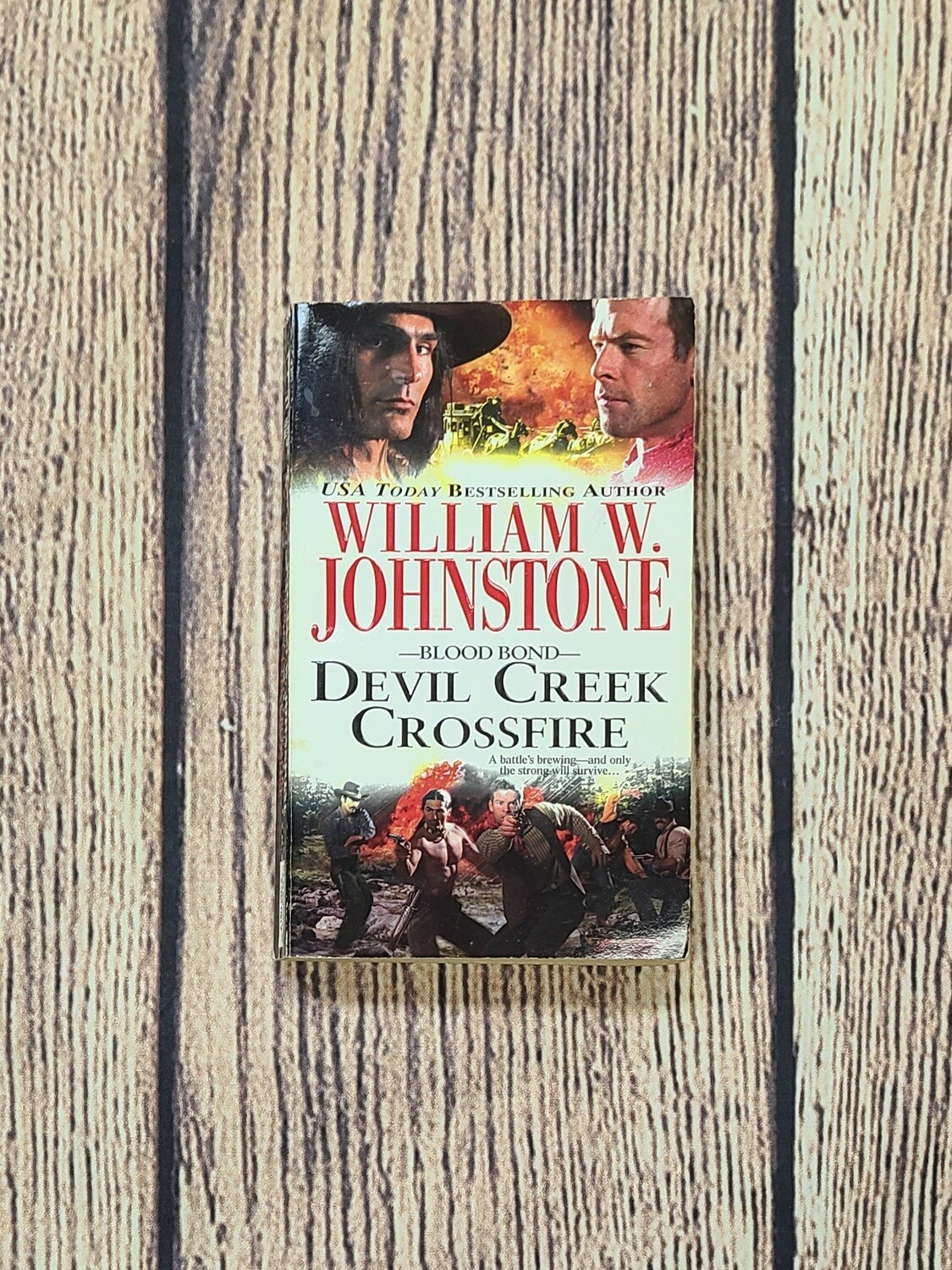 Young Matt Bodine and Sam Two Wolves became blood brothers on the day the rancher's son saved the halfbreed's life, forging a bond no one could ever break. As years passed, a legend grew of the breed and the white man who rode together--and who could jerk killing iron with the best of them. . .

When the brothers head into the small cowtown of Crossville, close by Devil Creek, all they want is to stock up on supplies and rest their weary horses. Instead, they find themselves in the middle of a bloody range war that's literally split the town down the middle. The warring factions have set up camp on either side of Main Street, and the newcomers ride in on a deserted strip of no man's land where anything--and nothing good--is liable to happen. The feud seems ridiculous: it isn't over land or water or cattle rustling, but something much darker. . .and deadlier. Bodine and Two Wolves figure the best course would be to leave--that is until both sides order them out. Big mistake. Because the blood brothers don't take orders from anyone. . .