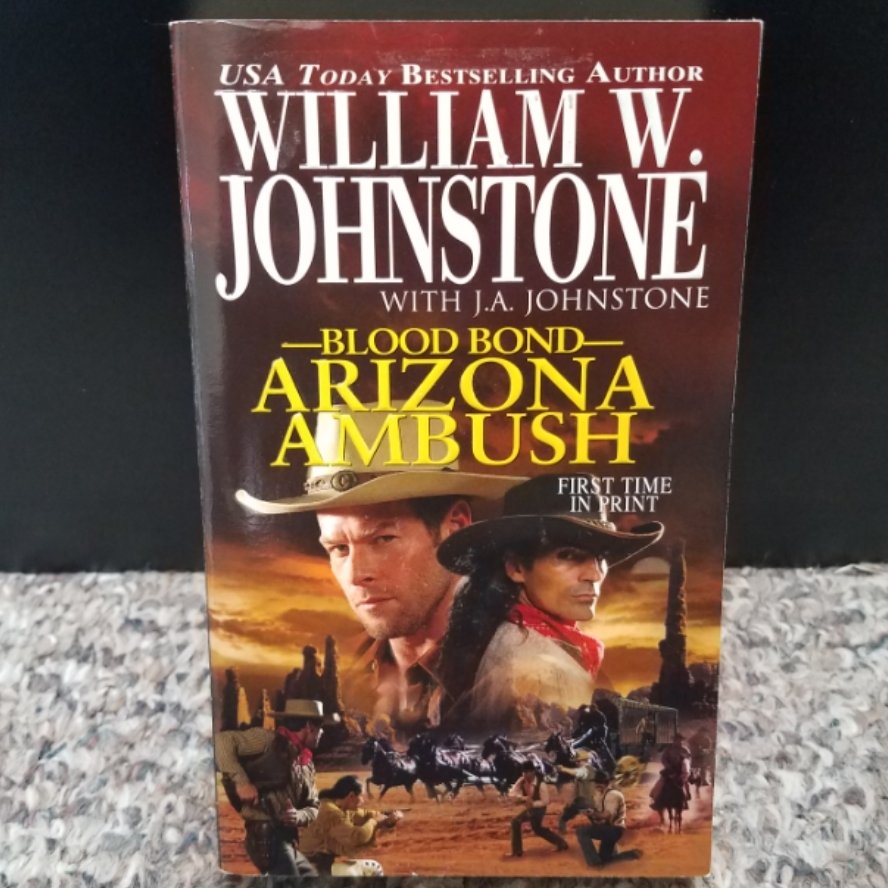 Young Matt Bodine and Sam Two Wolves became blood brothers on the day the rancher's son saved the half breed's life, forging a bond no one could ever break. As years passed, a legend grew of the half breed and the white man who rode together--and when the situation demands, kill together.

In Arizona Territory, you can't keep trouble from coming, but when it does, you don't have to offer it a chair. And trouble always comes.

When Matt and Sam are ambushed by a violent gang led by the scurrilous Zack Jardine, who has his own reasons for wanting the blood brothers dead, Matt is badly wounded. After leaving Matt in a Navajo village to get patched up, Sam rides off hot on the trail of the Jardine Gang.

Sam finds the cutthroats selling guns to the Indians, a move that will likely explode into an all-out tribal war. Outnumbered and outgunned, the blood brothers aim to settle Zack Jardine's hash once and for all--with a little luck, a lot of bullets, and the courage to shoot true.

These paperback books are in great condition.

These books both weigh 6.2 oz.