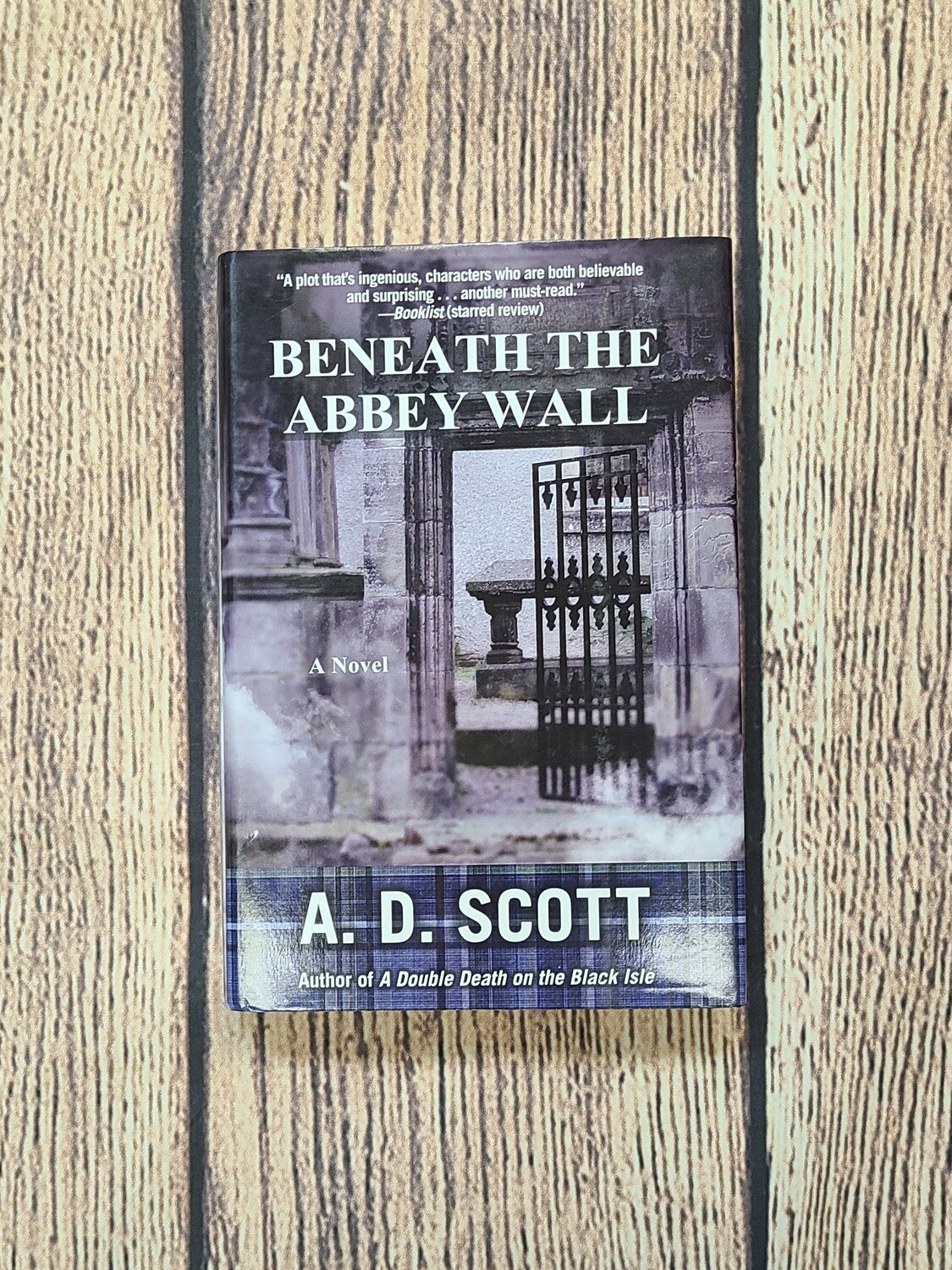 Beneath the Abbey Wall by A. D. Scott

Now the acclaimed mystery series about a newspaper staff in a 1950s Highland town continues - everything is quiet and quaint until one of their own is murdered. In a small Scottish town, the local newspaper staff doesn't see much excitement. But that all changes when their no-nonsense office manager Mrs. Smart is found murdered one dreary autumn night. For the staff of the Highland Gazette, the investigation becomes personal when the deputy editor, is accused of the crime.

It's the late 1950s, the decade of rock n' roll and television, and change is coming, but slowly. It's up to budding reporter Joanne Ross to step into Mrs. Smart's shoes and keep the newspaper office running, all while raising two girls alone. But newcomer Neil Stewart proves a major distraction for Joanne.

And what does the tragic tale of children stolen from the traveling people more than thirty years previously have to do with this murder? In a mystery with twists and turns and no clear-cut solution, the secrets of the past must be unraveled before justice can be found.

Beneath the Abbey Wall is a finely wrought, atmospheric mystery that ratchets up the thrills, pulling you into the chilling grip of small-town life in Scotland where every corner is haunted by the past.

This hardback book is in great condition and weighs 14.6 oz.