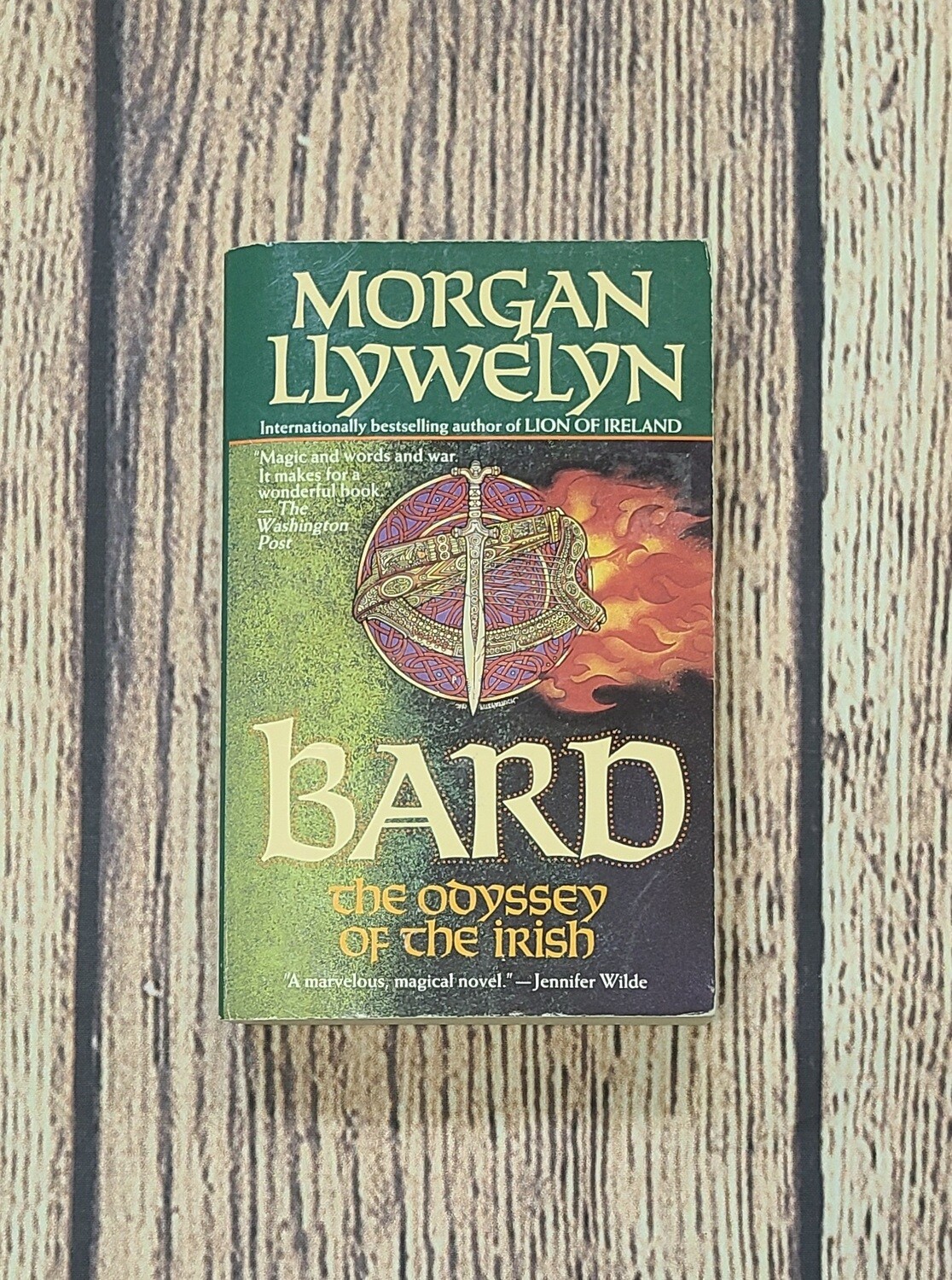 Bard: The Odyssey of the Irish by Morgan Llywelyn

Morgan Llywelyn's Bard: The Odyssey of the Irish is the tale of the coming of the Irish to Ireland, and of the men and women who made that emerald isle their own.

Amergin, the chief bard and druid of the tribe of Milesios, lives in a world without poetry. In bleak Iberia, his people would rather do battle than make great art, and Amergin can only dream of a home free from bloodshed. All this changes when Amergin's new servant, a shipwright named Sakkar, tells him of Ierne, a green and fertile land to the north.

Joined by his warlike brothers and tribe, Amergin leads his people across the seas to their new home. But when they arrive on Ierne, they are confronted by a mysterious people who will one-day fuel legend and myths: the Tuatha Dé Danann, people of the Goddess Danu. Amergin and his tribe decide to fight for their adopted country, touching off a conflict that will change the face of Ireland forever.

This paperback book is in great condition and weighs 8.7 oz.