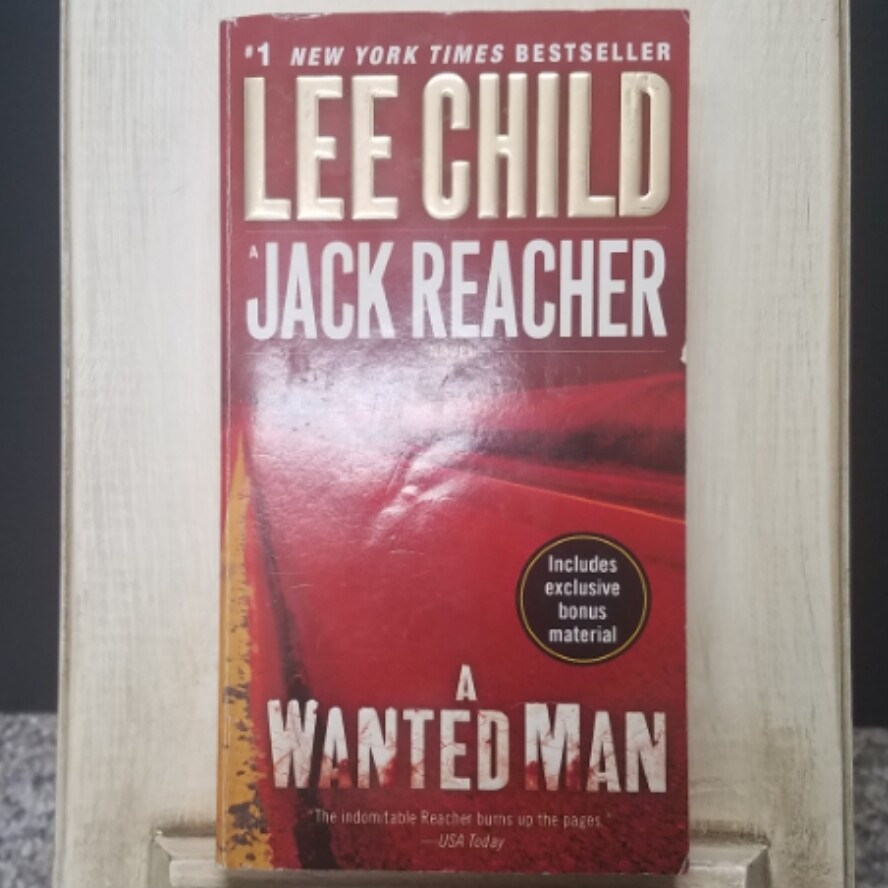 A Wanted Man by Lee Child

Four people in a car, hoping to make Chicago by morning. One man driving, eyes on the road. Another man next to him, telling stories that don’t add up. A woman in the back, silent and worried. And next to her, a huge man with a broken nose, hitching a ride east to Virginia.

An hour behind them, a man lies stabbed to death in an old pumping station. He was seen going in with two others, but he never came out. He has been executed, the knife works professionally, the killers vanished. Within minutes, the police are notified. Within hours, the FBI descends, laying claim to the victim without ever saying who he was or why he was there.

All Reacher wanted was a ride to Virginia. All he did was stick out his thumb. But he soon discovers he has hitched more than a ride. He has tied himself to a massive conspiracy that makes him a threat - to both sides at once.

This paperback book is in great condition and weighs 12.3 oz.