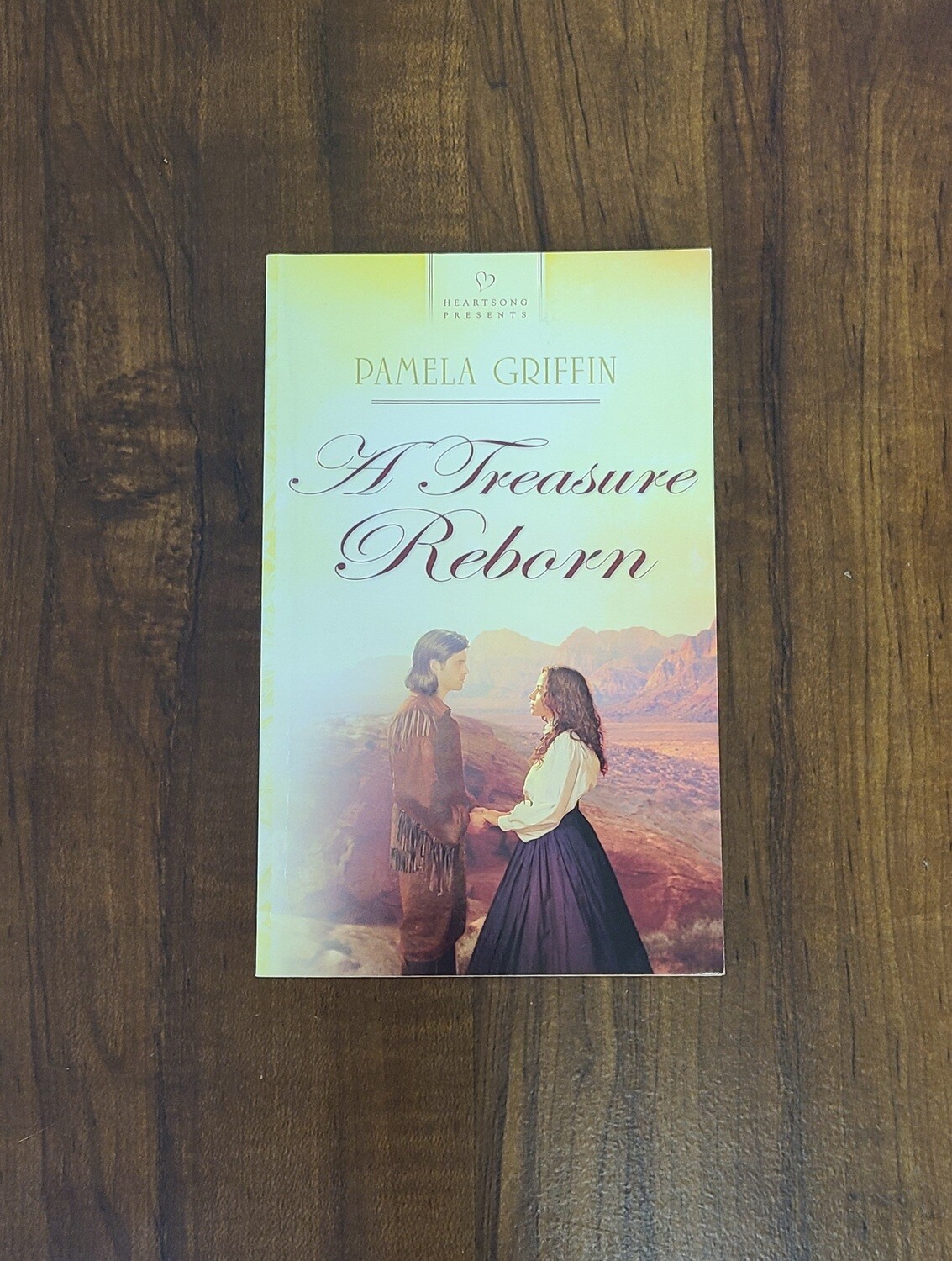 A Treasure Reborn by Pamela Griffin

Derek is after what's rightfully his. Derek Burke's father never gave him so much as a kind word during his life, but before his death, he left him one piece of a crude map to a silver mine. Derek's brother and alleged half-sister have the other pieces of the map-apparently a ploy to bring the three estranged siblings together. As the oldest son, Derek is outraged at having to share this inheritance. Will stealing the map from his siblings and striking out alone bring Derek success in his hunt for treasure? Or will reluctantly helping Penny Crawder, a young widow, and her daughters cross the wilds of Nevada make him realize what's truly valuable?