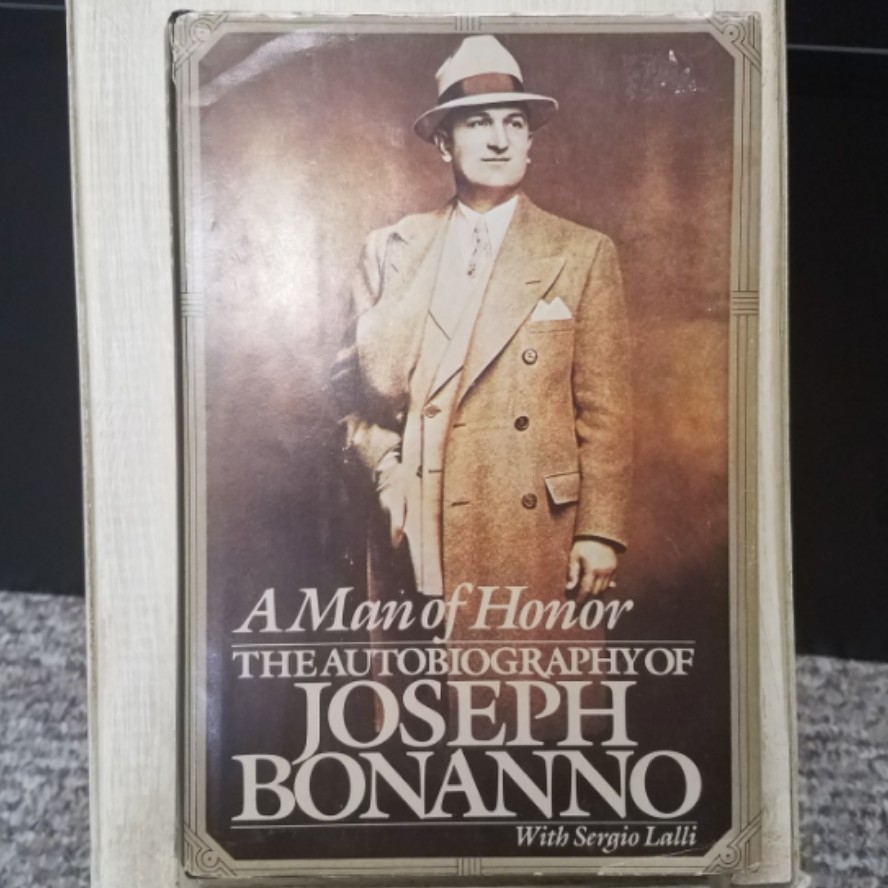 A Man of Honor by Joseph Bonanno with Sergio Lalli

"Friendships, connections, family ties, trust, loyalty, obedience-this was the 'glue' that held us together."

These were the principles that the greatest Mafia "Boss if Bosses," Joseph Bonnano, lived by. Born in Castellammare del Golfo, Sicily, Bonnano found his future amid the whiskey-running, riotous streets of Prohibition America in 1924, when he illegally entered the United States to pursue his dreams. By the age of only twenty-six, Bonnano became a Don. He would eventually take over the New York underworld, igniting the "Castellammarese War," one of the bloodiest Family battles ever to hit New York City...

Now, in this candid and stunning memoir, Joe Bonanno-likely a model for Don Corleone in the blockbuster movie The Godfather-takes readers inside the world of the real Mafia. He reveals the inner workings of New York's Five Families-Bonanno, Gambino, Profaci, Lucchese, and Genovese-and uncovers how the Mafia not only dominated local businesses, but also influenced national politics. A fascinating glimpse into the world of crime, A Man of Honor is an unforgettable account of one of the most powerful crime figures in America's history.