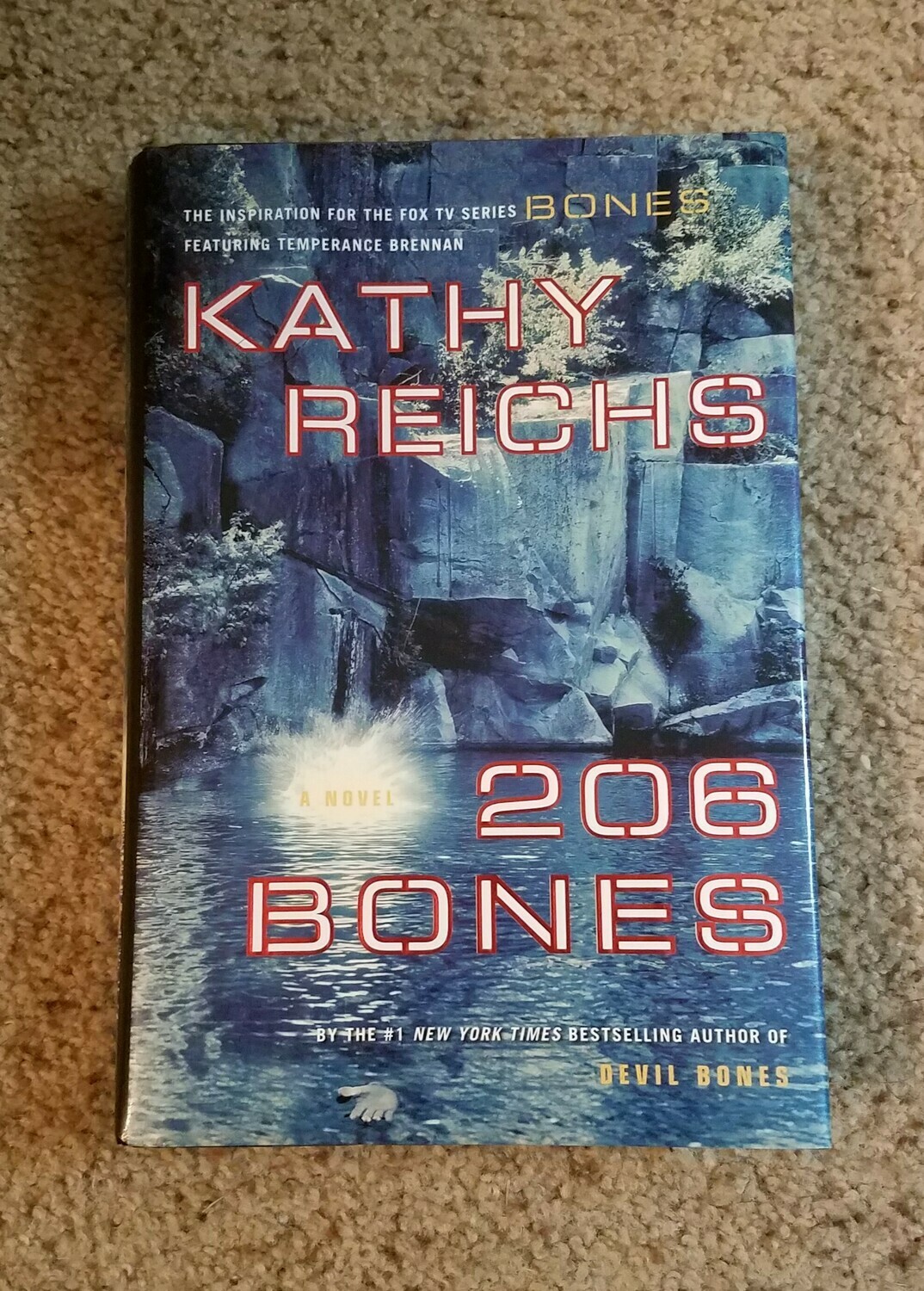 There are 206 bones in the human body. Forensic anthropologists know them intimately, can read in them stories of brief or long lives, and use them to reconstruct every kind of violent end. 206 Bones opens with Tempe regaining consciousness and discovering that she is in some kind of very small, very dark, very cold enclosed space. She is bound, hands to feet. Who wants Tempe dead, or at least out of the way, and why? Tempe begins slowly to reconstruct...

Tempe and Lieutenant Ryan had accompanied the recently discovered remains of a missing heiress from Montreal to the Chicago morgue. Suddenly, Tempe was accused of mishandling the autopsy -- and the case. Someone made an incriminating phone call. Within hours, the one man with information about the call was dead. Back in Montreal, the corpse of a second elderly woman was found in the woods, and then a third.

Seamlessly weaving between Tempe's present-tense terror as she's held captive and her memory of the cases of these murdered women, Reichs conveys the incredible devastation that would occur if a forensic colleague sabotaged work in the lab. The chemistry between Tempe and Ryan intensifies as this complex, riveting tale unfolds. Reichs is writing at the top of her game.

This hardback book is in like-new condition and weighs 1 lb and 2.4 oz.