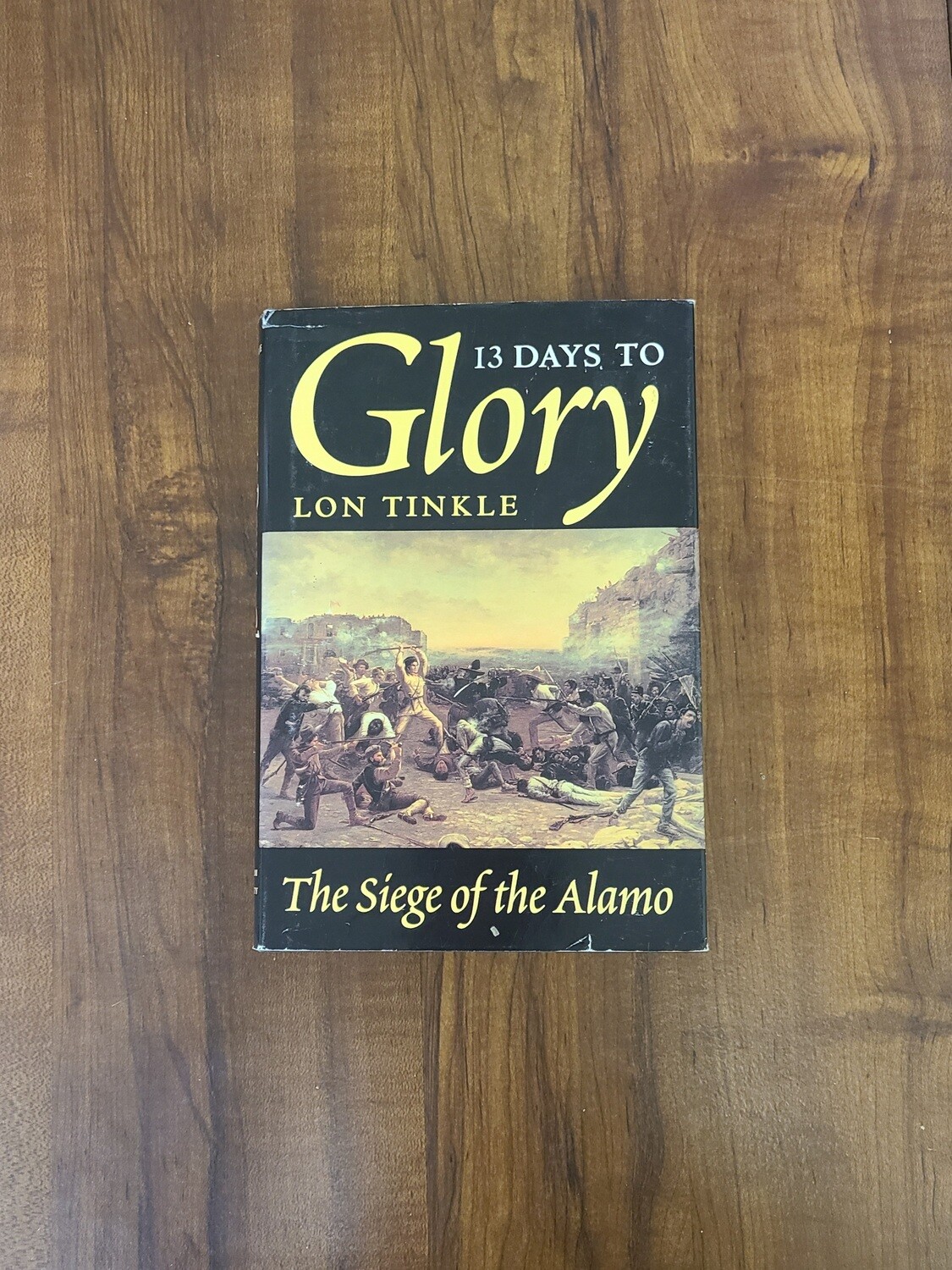 13 Days To Glory: The Siege of the Alamo by Lon Tinkle

In thirteen chapters, Lon Tinkle tells the day-by-day story of how 182 men fought a losing battle but won for their cause an almost unparalleled measure of fame.

The familiar figures appear on these pages: stern young Colonel William Barret Travis; the middle-aged fighter Jim Bowie, who contested the young upstart’s command; famous frontiersman Davy Crockett, soon to have his stock in legend rise even higher. Echoing the shot heard round the world in 1776, the volleys fired by the Alamo defenders were aimed at the large and well-outfitted army of Santa Anna, self-styled “Napoleon of the West.”

As the days of the siege are described, the author cinematically flashes back to pivotal points of destiny—the circumstance that led each person to be inside the walls of the abandoned mission late in the winter of 1836. Susanna Dickinson, captured after the mission fell, recalls the day she headed for a wedding and wound up eloping to Texas with the intended groom, an old flame of her own. Travis left Alabama under a cloud, having privately admitted to committing a murder. Bowie, having lost his wife, children, and wealthy in-laws to a cholera epidemic, now devoted his energies to saving his extensive landholdings in Texas. Crockett, stung by the loss of his seat in Congress, concluded to light out for the territory of Texas, where land prices were one-tenth of those in America but where American frontier traditions again had to be secured through revolution.

Thoroughly documented, 13 Days to Glory also includes a chronology of events from June 30, 1835, when William Barret Travis, under a secret pact with Anglo leaders at San Felipe de Austin, drove out the new Mexican garrison opposite Galveston, to February 23, 1836, when the thirteen-day siege of the Alamo began.